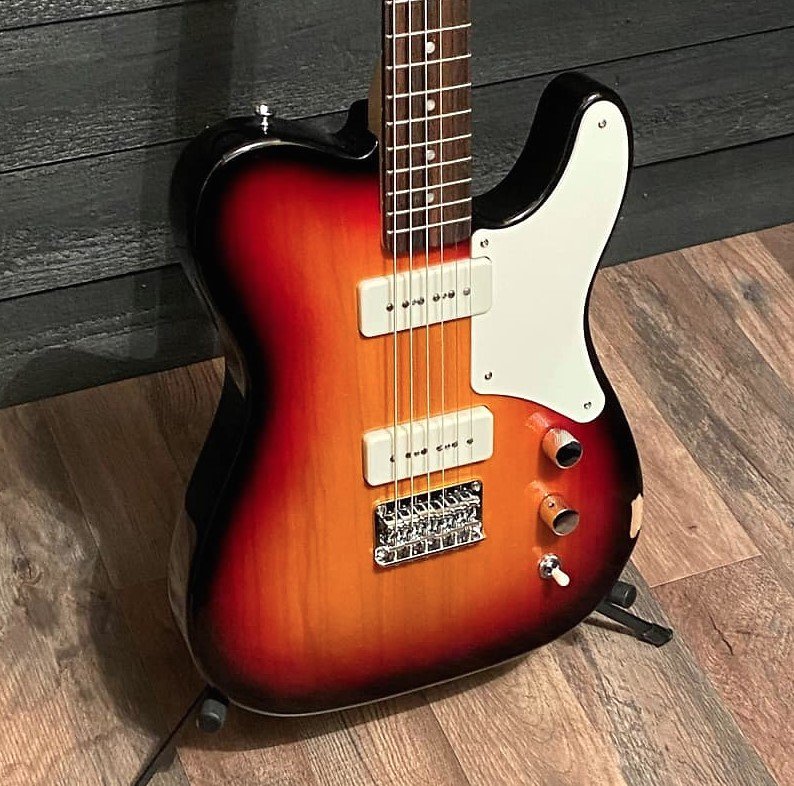 Baritone guitars have been around for a while, but they’ve only recently started to gain a lot of popularity. This is because there is one major benefit to using them, and it can make all of the difference in the world depending on the type of music you play. This article will discuss the primary reason why people use baritone guitars, as well as talk about some of the drawbacks people can encounter when using them.

As the name implies, baritone guitars can provide a much deeper sound than regular guitars. This is partly because they have longer scale lengths and are at 27 to 30 inches on average compared to the standard 25.5 inches found on most other guitars.

This extra length gives the strings more tension, making them suitable for much lower tunings. Higher tension means that the strings won’t wobble around as much, which means you’ll be able to have a clearer and more focused sound, especially when playing on the lower strings. If you were to try to play these pitches on an ordinary guitar, even with a setup and thick strings, you’d probably get a pretty muddy tone.

Multiscale guitars can also offer similar benefits in this regard, which is why you often see those used in a lot of music that utilizes extremely low pitches, such as certain metal subgenres. These kinds of guitars accommodate them very well, so if this is something you think you can benefit from, a baritone could be right up your alley too.

It’s also worth noting that baritone guitars do not share the same tunings as a regular guitar, and although there isn’t a true standard tuning for the baritone, many people typically tune them an entire perfect fourth or fifth lower from standard tuning.

So, these guitars will inherently be tuned a lot lower from the get-go, and the guitar’s build will support this.

Some Things To Consider

While there is a clear benefit of using baritone guitars, they have some cons. However, they are ones that you can easily overcome simply by getting used to playing a baritone guitar.

Returning to the topic of tuning, since baritones don’t follow the typical tunings on your regular guitars, many people can run into a learning curve, particularly when navigating the fretboard. While your chord shapes and scale patterns will probably be the same, you’ll probably need to think about where certain notes are played.

Another thing to think about with baritone guitars is that they feel noticeably different. Firstly, the string gauges are typically much higher; baritone guitar strings usually come in 13 or 14-gauge sets.

This is a pretty big step up from the 9s to 11s that people frequently use on regular guitars, so people who are just starting to use a baritone guitar might can find them more difficult to play. Also, the longer scale length and larger bodies can feel a bit unusual to people trying them out for the first time, and the higher tension means it’ll be harder to bend notes, but you’ll get used to this very quickly if you play enough and adapt to it.

For these reasons, baritones are considered to be an entirely unique instrument. Based on these factors, it falls somewhere in between a standard guitar and a bass guitar. However, it still fills the same role as your regular guitar in a band and does not replace the bass.

Baritone guitars can be incredibly beneficial, but it really depends on what you’re looking to get out of your instrument and what kind of music you play – these have been known to be used in anything from jazz to country to extreme metal.

These guitars can provide much clearer low notes than regular guitars, and that’s one of the biggest pros of baritone guitars, if not the only one. That being said, there are some small cons of baritone guitars as well, but they shouldn’t be enough to detract you from looking into one of these fine instruments if you can make use of them.