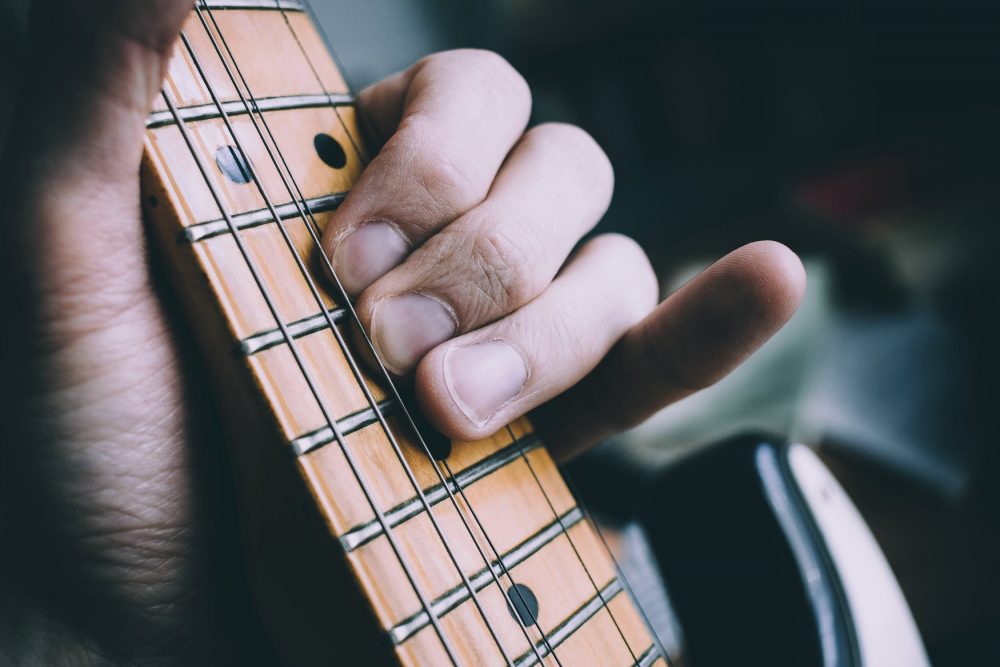 The guitar is an amazing instrument, and it can be overwhelming to jump into when trying to learn it for the very first time. However, if you break certain aspects about it into pieces and focus on certain sections, you can steadily see improvements. The best part is you can be mostly self-taught during the entire process and still be a decent (or even a professional) player one day.

How Is It Possible?

Many people ask questions such as “can you learn how to play guitar by yourself?” thinking that the guitar is a mysterious thing where its knowledge has been passed down from person to person exclusively. This is not true, and people have taught themselves instruments for thousands of years!

I am a self-taught guitarist for the most part, and not only did that make my experience with the guitar more adventurous, but it also consisted of a lot of trial and error and focused practice. I did not have the luxury of having a private guitar instructor so I had to do what I could. I was hungry to learn the instrument.

When I first started out, I was really eager to start learning songs by bands such as Iron Maiden, Judas Priest, and Scorpions, but I also had to leave my ego at the door when approaching the guitar. I had to start with much easier things in order to get there.

I asked myself, “What to learn to play guitar?”. I needed to find songs that weren’t lame but were still easy enough to keep my interest.

So, what did I do? I obviously didn’t start out by playing “Mary Had A Little Lamb” or songs of that nature, but I did try to learn songs that were less technical than what I had my eye on. Like many guitarists, I started off by learning the main riffs from songs such as “Iron Man” by Black Sabbath and “Smoke On The Water” by Deep Purple.

These riffs helped me get the hang of playing power-chords and shifting between them. While these aren’t full chords, I was actually getting somewhere. So, to answer that common question, “can you learn how to play guitar by yourself?”, I would say, “yes, definitely.”

These are classic songs, and I was playing them (or at least parts of them!). If you appreciate guitarists like Tony Iommi and Ritchie Blackmore, this tablature book has songs by them and other rock legends from various forms of rock and metal music.

It all starts with something small and building from there. Once you have whole songs memorized, you can learn how to play guitar along with songs. This can be a fun and useful tool at your disposal.

What Can You Do To Learn On Your Own?

While natural talent is a real thing for some people (curse them!), anyone can learn how to play. No matter what, perseverance will be required on your guitar journey. Your guitar heroes weren’t shredding when they first started out, it took lots of practice and dedication.

I just happened to want to know how can I learn how to play guitar quickly, so I just started to play what I thought was possible at the time. Some things were too hard at the time, but it was a learning experience.

In retrospect, I probably should have started with the fundamentals of guitar. It would have given me the foundation for things I would find useful years down the road. I should have learned how to play guitar scales and memorized all of the guitar chords.

Here’s a cool poster that basically has all of the chords and scales on it. It shows you so many different shapes and lists out all of the chords in each key. Refer to this chart a little bit every day and you will have these memorized!

I understand that you just want to get right to playing your favorite songs as soon as possible though. I’m just suggesting that learning some music theory early on will be beneficial to you and may even prevent some roadblocks.

You can totally learn these on your own too. There are plenty of books and resources out there that explain it clearly. If you are very resourceful, you can potentially learn how to play the guitar by yourself for free. Or at low-cost, at the very least.

Start with the basics and fundamentals of music theory and build up from there. Once you understand the other stuff, the more advanced material makes more sense. That’s because you’ve developed a grasp of the terminology of how things work. In my case, I learned about music theory from a textbook, but I also used YouTube to help guide me in spots that the book couldn’t explain in layman’s terms.

These are some of the things you can do to take the initiative and pursue an interest in playing guitar. My suggestion is to learn how to play easy songs in the beginning along with picking up some music theory. You should also pick up a metronome and work on your timing.

Studying the guitar might feel like homework for some people (and it might get that way later on), but you still want to have fun with it in the beginning. Can you learn how to play guitar alone? Absolutely.

“What Kind Of Guitar Do I Need?”

While it’s understandable that the guitar you want to begin learning on is one of the signature models of your favorite guitarists, this is not necessary. In fact, shelling out several hundred to a thousand dollars on your first instrument is not advised.

What you want is something that is on the fine line between inspiring and budget-friendly. This means you shouldn’t by a piece of junk guitar either because it will most likely have problems such as an inability to stay in tune and it will probably just sound bad in general.

You want something that’s going to make you want to keep learning how to play guitar by yourself. If the guitar sucks, you’re most likely not going to want to play very much.

Also, you can start learning on any type of guitar; it doesn’t matter if it’s acoustic or electric. Can you learn to play electric guitar by yourself? Definitely! I did. The principles are like 99% the same.

My first guitar was a B.C. Warlock. It was a starter-pack guitar with a little amp and gig bag. While it doesn’t get any playtime these days, I still have it. I also recall it having fantastic action and sustain for a low-end guitar. That guitar was also my first experience with swapping out a guitar pickup.

Of course, you can also learn how to play acoustic guitar by yourself too. They both have different feels, but the skills that you learn on them will transferable from one another. Acoustics generally have fatter necks than electrics, but you can find this to be an advantage later on. It may make the electric guitar feel easier. At the end of the day, the frets and notes are the same (unless the guitars are in different tunings). 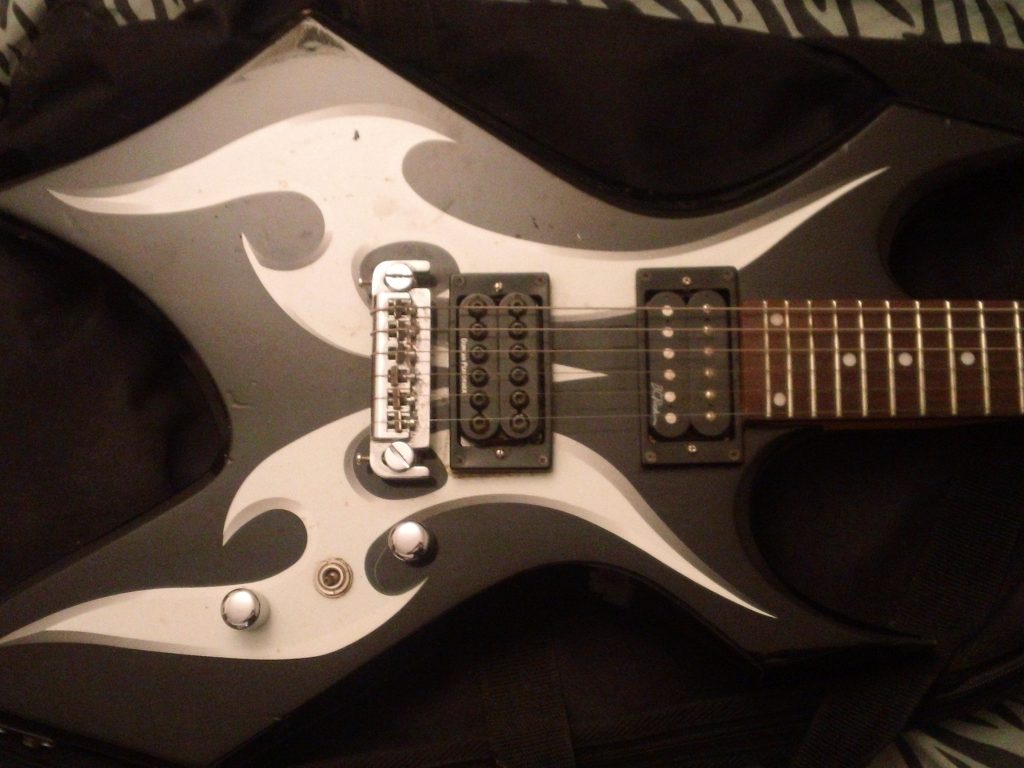 Conclusion: How Difficult Is It?

Another common question that I’ve received was, “how hard is it to learn to play guitar by yourself?”. That’s a tricky question to answer because everyone’s experience will vary. I know for certain that one thing is true: you will never get anywhere with it if you don’t attempt to learn it. It takes time and a lot of practice to get proficient at anything; however, if you just want to learn some easy acoustic songs, that’s totally possible too!

The point is, you need to make some kind of commitment to it whether it’s casually or you’re in it for the long haul.

My personal experience with learning how to play guitar alone can be described as almost like a landscape with a lot of hills and random plateaus. Early on, I picked up things pretty rapidly and fine-tuned little nuances like a sponge, such as my picking technique. I still sucked, but I was learning and getting better all the time.

After a year or so of playing, I could do some leads and solos. One of the first ones that comes to mind is one of the harmonized sections from “Fear of the Dark” by Iron Maiden. Eventually, I’ve built up from that.

The journey did have bumps and dips in it though, and I struggled really hard with some things. One thing that I had difficulties with when I first started learning the guitar was the alternate picking technique. I was very sloppy and inconsistent, but it took a lot of focus to correct my mistakes and get better. Now, the technique is like second-nature to me. If something seems frustrating, give it time; what might be currently challenging may become your strength sometime in the future.

It should be noted that these experiences apply to electric and steel-string acoustic guitar mainly. If you want to learn how to play electric guitar vs acoustic, you’ll be implementing a lot of the same techniques, primarily if you use a guitar pick. Keep in mind, there are some techniques out there that are unique to each. 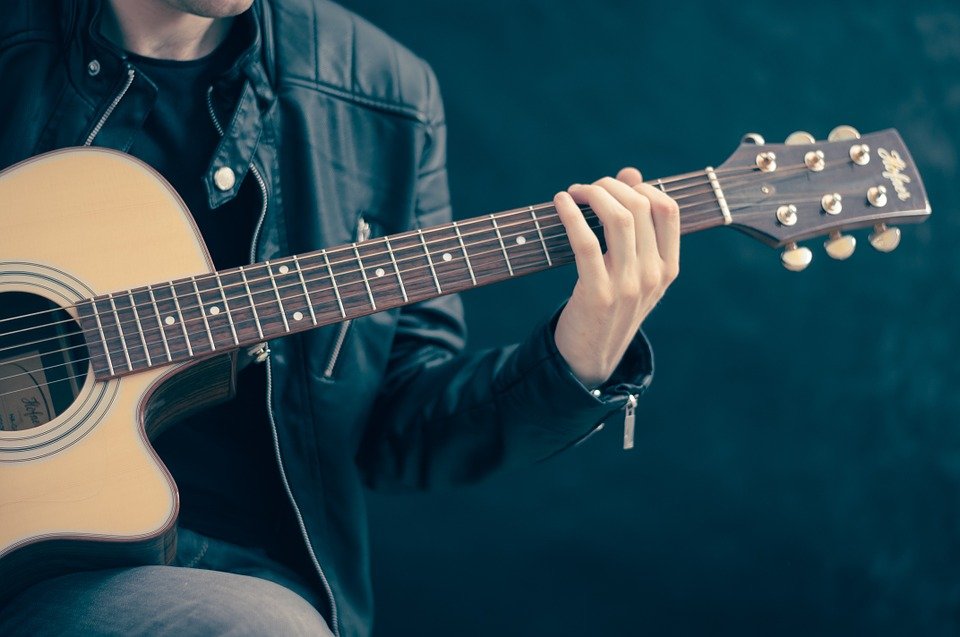 However, in comparison to the previous two guitars, learning the nylon-string classical guitar is a whole another animal. While it’s possible to learn it on your own, a credible classical guitar teacher is obligatory most of the time because it requires a somewhat different skill set.

Some of these different skills from classical guitar are finger-picking and sight-reading sheet music. With more contemporary music, many musicians have gotten by (and even become famous) without knowing how to read sheet music and the notes on them. It’s an excellent skill, but not completely necessary if you’re going to go on a different guitar route.

Don’t let this discourage you though. If you want to learn how to learn to play guitar by yourself, pick whatever style you feel will give you the most enjoyment. Perhaps you will even have a more comfortable experience than I did! Electric, steel-string, and classical guitar are all wonderful instruments and dedication will be needed to play well at any of them.