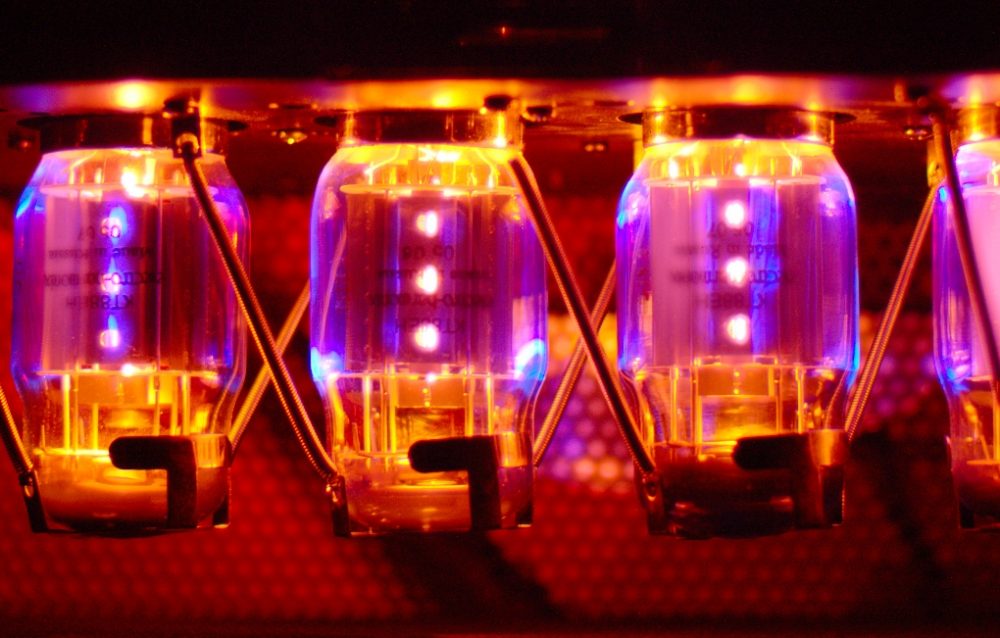 Unlike solid states, a tube amp will require periodic maintenance, and the way this is done is by replacing its tubes. These amplifiers rely on their vacuum tubes to produce the volume and warmth that they are famous for. If there is some kind of complication going on with any of them, you may notice that your tone might not sound as good as it should. This guide will go over the most common reasons you should change the tubes in your amplifier.

Your Amp Is Quieter Than Usual, Or It Fades In and Out

It might be subtle, or it can be blatant, but if you’ve noticed that your tube amp isn’t as booming as usual, you may need to swap out one or more of your tubes.

Of course, you’ll need to know what kind of tubes you’ll need to pick up, but depending on your circumstances, you can purchase tubes as singles or in packages. Here is a 3-pack of some 12AX7/ECC83 preamp tubes, one of the most common types of them.

Some guitarists like to find the “problem tube” and replace that one, and others prefer to replace multiple, or even all, of them at once since there is a fair chance that the other tubes are wearing out too.

On the other hand, there is one exception, and that is with power tubes (also known as output tubes) should be paired up and matched. In the event that it requires 4 power tubes, you’ll need to buy and install them as a group of four. This generally isn’t a concern with preamp valves, but with a bad power tube, you can’t just replace one.

If you don’t know what kind of tubes you need for your amp, consult its manual or do a little bit of online research to figure out the right tubes for you. Sometimes the correct tube models may also be listed inside the head too.

The Amp is Producing Undesirable Noises

Snapping, crackling, and popping may be positively associated Rice Krispies cereal, but if these sounds are coming from your tube amplifier, it’s time for a change.

A fuzzy or a static noise is also another issue that you may face if the tubes are starting to get tired.

Either way, assuming that you are hearing noises that you know shouldn’t be there, this is a reliable sign that your amplifier needs some maintenance, and more than likely it will be the preamp tubes that need to be replaced, but not always – sometimes faulty power tubes can produce unwanted noises too.

Keep in mind that while these sounds may indicate a problem with your tubes, there are other causes as well that should be ruled out first before you buy some new ones. One of these is a leaking capacitor, which luckily can also be repaired.

A mute amp may be the worst case scenario you might experience, but if it fails to produce any sound when it’s powered up, you’ll know that the culprit is probably failing output tubes.

However, like the previous scenario, there are additional reasons why a tube amp might refuse to produce any sound. A blown fuse can be responsible for the problem, but this issue is also sometimes correlated with bad power tubes.

You also may want to rule out a speaker problem. If the speakers have become disconnected or broken on your cabinet or combo amplifier, this may be the actual issue. Though, unless you’ve dropped your equipment and broke your speakers, it’s more probable that you’re just overdue for changing your tubes.

I also want to point out that just because your tubes heat up and glow doesn’t necessarily mean that they are healthy. Conversely, some tubes may be very faint and still just be fine.

There is some variation, but should you notice anything visually unusual, on top of your rig being silent, despite having power, consider swapping your tubes out.

How Often Do You Need To Change Your Tubes?

One of the questions that are commonly asked by new tube amp owners is how frequently the tubes should be replaced, and it really depends.

If you want to be super-proactive, I recommend buying new tubes every 4 to 6 months. This may be pricey, but you’ll almost ensure that your tube amp will always be in excellent working order and sounding the best it can be.

Some guitarists prefer to take action when a problem comes up, and this is a valid and cost-effective option too.

Another thing to think about is hours, rather than months or years. The more you play your amplifier, the quicker you’ll burn out the tubes.

Casually playing your tube amplifier at a low-to-moderate volume at home or divide your time between it and a solid state amp, can potentially yield multiple years out of your tubes. Even someone who occasionally plays gigs at a high-volume can get a couple of years from them.

I hear that there are some lucky fellows out there who have gotten over 10 years from their tubes, but I suspect that it wasn’t their only amp, or it didn’t get used all of that often.

Regardless, there are different approaches as to how often tubes should be changed, but I believe you should consider how many hours you plan to use the tube amplifier, first and foremost.

On average, tubes can last from 500 to 1,000 hours, so if you play with your amp two to three hours every day, you can safely expect to get around a year or less from your vacuum tubes.

Some tubes can be pretty quick and easy to swap out, but it’s crucial not to neglect proper safety procedures when attempting to change any vacuum tube. This means:

Once again, while this isn’t really a concern with preamp tubes, always make sure your power tubes match. Grouping them properly means that they’ll have the same voltage ratings and, in some cases, biased automatically. You can usually find them available in sets of 2 or 4 as well, like these ones from JJ Electronics.

When a tube amp is biased correctly, this means the electrical current flows at an optimal rate. Sometimes they can run “hot” or “cold.” With a hot bias, you can burn out your tubes faster or even damage your amplifier. A cold bias will lead to a weak or thin-sounding tone, and although it’s less severe, it can still be very annoying.

In the case that you have no prior knowledge of electricity and its laws, you need to take your amp to a professional who precisely knows what he or she is doing, especially if you don’t know how to manually bias a tube amp. The voltage in these can be dangerous, so safety for yourself and your equipment should always be your number one priority.

On top of that, a guitar amp technician will also be able to determine if there are any additional problems with your device.

Finally, always be aware that some repairs may void your tube amp’s warranty. Some manufacturers are known to have policies regarding this, and even changing your tubes can go against them. Always do your research so you can decide on the best course of action for you and your gear.

Unless they’ve become physically damaged while traveling with a tube amp, or it has been dropped, the tubes, or valves, should be periodically replaced. Over time, these tubes will naturally wear out as the amplifier gets used, and you can decide to replace them when problems arise, or you can take a more preventative approach.

In this article, we went over some common symptoms of bad tubes that you may come across. However, not all tubes are equal, and one issue might point to a particular kind (i,e., power tubes). If you have been experiencing any of these, hopefully, this guide has led you in the right direction, and although tubes can physically be easy to change, people who are inexperienced should always consult with a professional for safety and efficiency purposes.

Someone who specializes in amp repairs can help pinpoint what tubes are causing issues. If it’s a preamp tube, that’s a more straightforward fix, but if it’s a power tube, there will be a bit more effort involved.

While not always necessary, it is also a good habit to change tubes before problems pop up, so regardless of which ones you need, you’ll always have an amp that’s performing at its full potential.