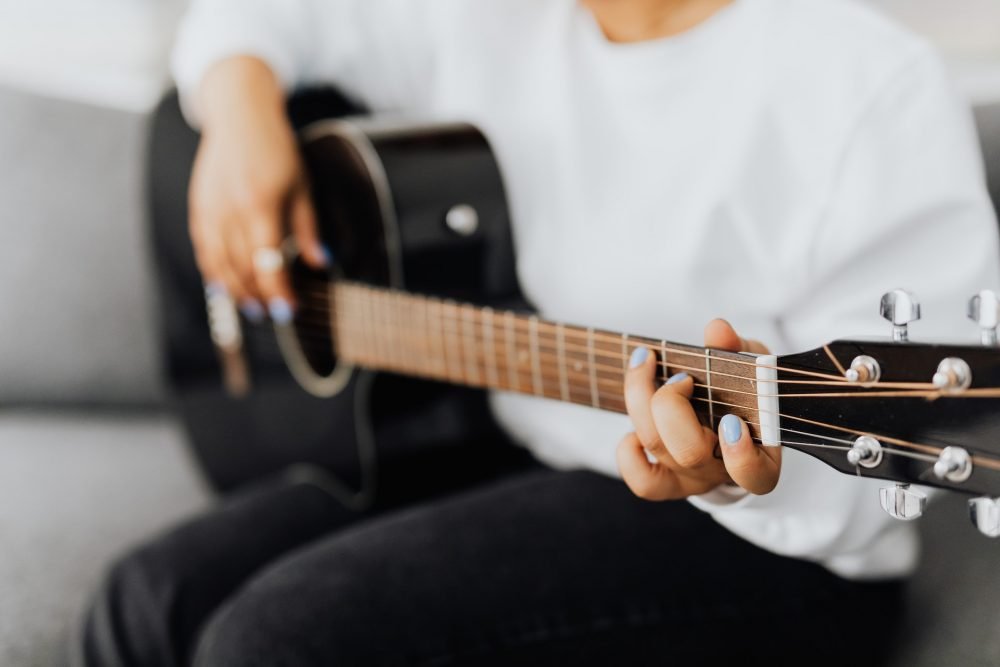 If you’ve ever played the piano or have been introduced to reading sheet music, you may have become acquainted with the term “middle-C,” which is the common name for C4, a specific pitch and its corresponding octave.

Concert pitch middle-C or C4 is a vital reference point for musicians; after all, it’s directly in the middle of a piano or keyboard, and it’s usually the first note beginners learn and center themselves around.

It also bridges the gap between the bass and treble clef in sheet music, which also helps when navigating while sight-reading music.

However, if you’ve been wondering where middle-C is on the guitar, this specific note “C4” repeats itself several times across the fretboard; therefore, it isn’t perfectly in the middle of the guitar as it is with the musical keyboard. Even though it won’t be something you center yourself around, this note is still essential, and a lot of beginner pieces of music are revolved around middle-C.

With that said, it’s good to know where you can locate and memorize them, and, in this article, I will show you how you can easily find the note middle C or C4 throughout the fingerboard.

How To Find The C4 Note On Guitar

C4, commonly known as middle-C, can be found in multiple spots on your guitar’s fretboard. Assuming you’re in standard tuning, you can play it at the following:

Here’s a visualization of the fretboard so that you can see where you can find middle-C on the guitar:

It’s important to understand that although these are the same exact note, each version of this 4th octave C appears on different strings, which means that they don’t necessarily sound identical.

What this means is that the C4 note on the thinner strings are brighter and have more clarity than the ones on the middle and thicker ones, which can naturally have more mids and bass to their sound due to the size of the string.

Each middle-C in these different positions will be used in various situations too. For example, the ones on the B and G strings are commonly used for open chords, such as your C-major and A-minor chords.

On the other hand, the ones on the other strings are frequently used for lead guitar playing; most solos are played in these positions due to their resonance and close proximity to the really high notes on the fretboard.

As you can see, knowing where to find middle-C, or C4, on the guitar is super handy, and one of them might be more suitable for a part than others, depending on the piece of music you’re playing.

No matter if you’re playing rhythm or lead, you will be using this note very frequently, so it’s a good idea to know how to locate it at will. Though, this advice also applies to every pitch, as fretboard memorization is an incredibly beneficial skill overall.

With that in mind, even though middle-C isn’t as foundational on the guitar as it is on the piano since you can find it in a handful of positions, it’s still an important reference point to learn, regardless if you’re a sight-reader or not. So hopefully, this article has taught you exactly how you can memorize it and make every use of each one as you practice.