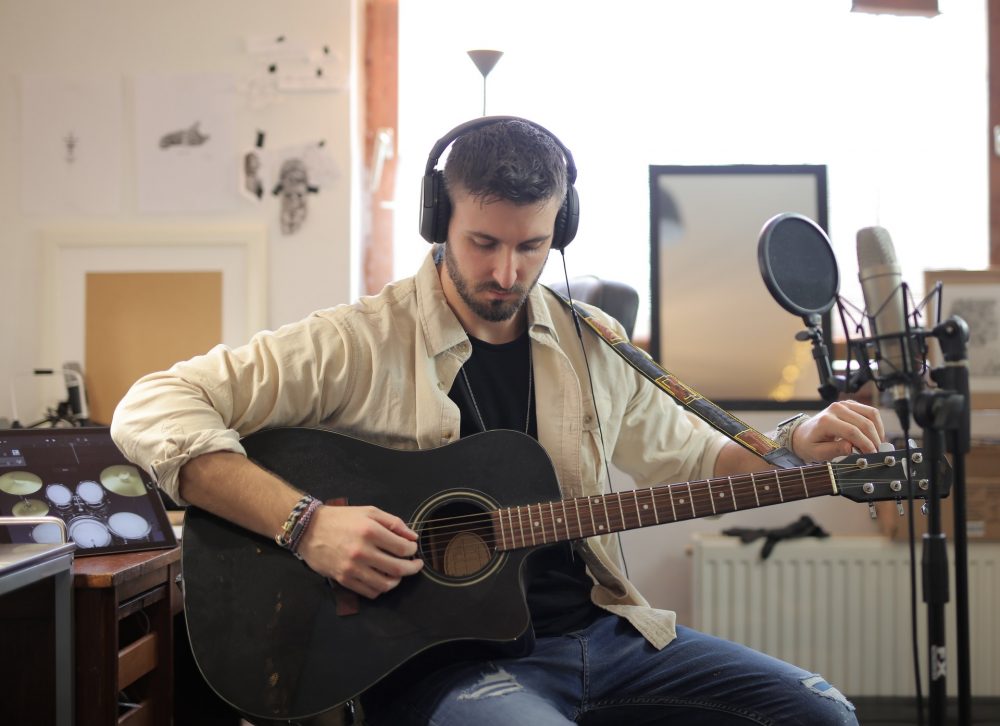 One of the most beautiful things about the guitar is that it can be adjusted to do different tunings, and this opens up more doors to different sounds and sometimes a new way of playing. Half-step down, or E-flat tuning, is one of the first and simplest alternate tunings that people learn, alongside drop-D, and this article will cover how you tune down a half step on your guitar, which may become a tuning you prefer to use like many guitarists have for decades.

What Is Tuning Down A Half-Step?

To understand what it means to tune down half a step, it’s crucial to have a basic concept of intervals, which is the distance between two notes.

Several different intervals can occur within a scale, but the half-step is the smallest possible one, and on the guitar, a half-step is simply one fret over. So, even if there aren’t any sharps or flats, such as in the case with B to C or E to F, it’s still a half-step or a minor-second interval.

If you’re going to be tuning half-step down on all of your strings, you’re making it so that all of your notes in standard tuning will be shifted to a lower pitch by exactly a half-step or one fret lower. You can do this accurately by using a guitar tuner.

In standard tuning, which is usually the starting point for most people, your notes will change as follows if you drop the tuning down a half-step. Be aware that this list starts from your thin, high E-string and goes down to the thick, low one.

When people refer to a specific tuning as “half-step down,” they’re simply referring to the set of notes E♭, B♭, G♭, D♭, A♭, and E♭ that comes from decreasing the pitch from standard tuning, and because of this, it’s also sometimes referred to as E♭ tuning; however, you can technically drop those pitches again another half-step, but the tuning would not be called “half-step down.”

Instead, the tuning D, A, F, C, G, and D is commonly called “whole step down” because it’s a full step decrease from the standard tuning pitches you’re most likely already familiar with using.

Why Should You Use Half-Step Down Tuning?

Although the change that occurs when tuning from standard to half-step down is pretty small, it does offer some significant differences.

Firstly, half-step down tuning will reduce the tension of the strings. As a result, they will feel looser and easier to bend if you keep the same strings on them.

On the other hand, many people like to use this opportunity to put slightly heavier gauge strings on, so they can keep the same tension while also offering some sonic benefits, particularly more volume output.

That being said, people tend to keep the same strings on them and enjoy the reduced tension because it allows them to tune a little lower without needing a new guitar setup. A lot of people also like drop-D tuning because of this reason. Again, though, if you choose to put a thicker string on the latter or go with skinny-top and heavy-bottom strings, you’ll probably need a guitar setup so it feels good to play and stays in tune.

Half-step down and drop-D tuning also give you access to a couple of new notes to play with that you wouldn’t have in standard tuning. While it doesn’t seem like much, since it’s on the low-string, this does let you have a slightly heavier sound.

Simply put, playing open notes that are flattened sounds different, especially on the open Es, which are now E♭. By extension, the chords that you used before in standard tuning will sound new too, and that’s because they’re technically a new chord when you shift the pitch down a half step.

Many bands prefer this, not just the guitarist but the vocalist too – having the pitch tuned down a bit from standard makes it easier to sing to, mainly in the higher register.

That’s often why Eb tuning, or half-step down, is the tuning you’ll see a lot of power metal or neo-classical metal bands use! Though, lots of 80s rock and metal and blues-oriented bands have also made great use of it too from what I recall.

This brings me to my last point; you’ll need to learn how to tune down half-step if you’re trying to learn songs from your favorite artists who utilize this tuning. I know this is what got me acquainted with the tuning, so chances are, this is probably why you want to learn how to go half-step down, too.

Tuning your guitar down a half-step is easy, and it sounds cool, and hopefully, this guide has cleared up exactly what you need to do to get there so that it can create many new opportunities for you. For that reason, you’re also encouraged to explore other common tunings like drop-D, full-step down, and drop-C if you enjoy music that uses them.