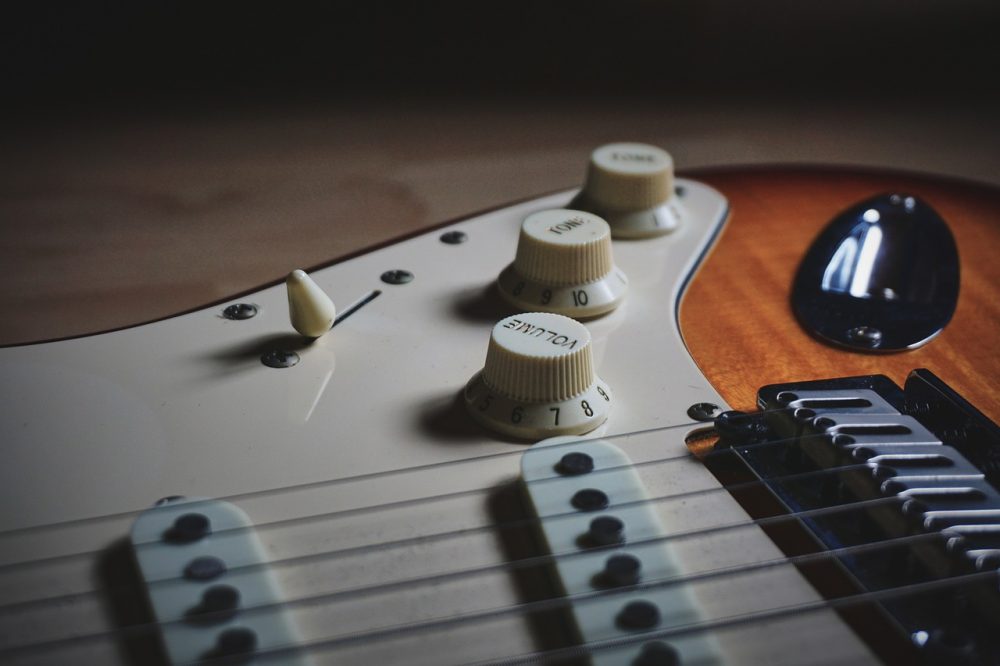 Budget and entry-level guitars can be fantastic at helping you get started on your journey but the thought of modifying them is something that inevitably crosses most people’s minds at some point. This article will discuss some things that you should consider so you can decide if it’s worth investing in upgrades for a cheap guitar or if you should just save your money and use it for a better instrument.

Is Upgrading Your Guitar Worth It?

Modifications can make significant improvements in the way a guitar sounds and performs.

However, the problem is that cheap guitars are typically made with low-quality parts, so if you’re looking to make changes, it could be very costly because a lot of work can be done on them.

Nonetheless, it could be worthwhile for many people if the budget guitar otherwise looks and feels good to them, and it needs some necessary changes to sound and function better.

Just be aware that it could end up costing more than the guitar’s initial price, and there’s when people often start thinking about getting a new guitar altogether.

How Much Does It Cost To Upgrade A Guitar?

There are several ways that people can upgrade their guitars that can impact how the guitar performs, and below, I’ve included some estimates for what it costs for good-quality parts.

Out of all of these, the first four are the most common modifications that people make on their guitars because their issues are more apparent on low-end budget guitars.

For example, these guitars usually have bad pickups and electronics, making your guitar sound weak. They also tend to have low-quality nuts and tuners, which can cause tuning stability issues.

Naturally, these are all very frustrating experiences that can make playing the guitar unfun, and therefore, it can seem like a no-brainer to fix the problems. However, you have to consider the cost here.

Sure, you can probably find good-quality parts at a more affordable price, but you still could be looking at around a couple of hundred bucks for the replacements. This figure doesn’t include the price to get them installed by a professional, assuming you don’t know to do it yourself. That could run you about $200, but it depends on the tech’s rate.

When we start looking at the other upgrades you could make, it becomes more apparent that you’re probably better off getting a new guitar entirely.

The Benefits Of Getting A New Guitar vs. Upgrading One

Instead of upgrading a cheap instrument, many people purchase a new and better guitar because it makes the most sense and has more pros than cons.

This is because the choice of materials used and the build quality will be higher than an entry-level guitar. More expensive guitars will be crafted with better wood, and they will have more reliable parts than entry-level instruments.

Not only that but there is also a convenience factor here too.

Buying a higher-quality guitar that has everything you want on it from the get-go can save you a lot of trouble gathering the parts that you want and paying someone to install it all for you.

Additionally, if you continue to play the guitar, the odds are that you will probably get a brand new guitar at some point. The price tag on a good instrument might seem hefty, but upgrading your guitar isn’t exactly inexpensive either.

In the long run, you can actually save money by just waiting until you have the budget for a much more reliable guitar.

It’s very similar to the saying “buy nice or buy twice” – rather than potentially spending hundreds of dollars on upgrading a crappy guitar, you can allocate those funds towards a better instrument that you’d more than likely get in the future regardless.

However, if money is not an issue for you, and you have an inexpensive guitar with sentimental value, upgrading could make you like the instrument even more.

If you decide to go this route, changing your pickups, electronics, nut, and tuning pegs can be some of the best modifications you can make to improve the performance of a low-end guitar.

Does Upgrading A Guitar Add To Its Value?

Suppose you decide to dump some money into guitar upgrades. In that case, it’s essential to realize that you won’t be making the guitar more valuable by doing so, despite the instrument being better than it originally was.

So, even though you spent $400 on new parts, you most likely won’t be able to get your money back on your investment if you were to decide to sell it. A $200 Squier Stratocaster won’t become a $600 one – it will still be worth $200.

In some cases, upgrading a guitar could decrease its value because modifications tend to be entirely preferential, and a buyer might not necessarily appreciate the changes.

This situation is especially true if you take a look at vintage guitars.

People who like to collect these want them to have all of the original parts that the guitar came with, and mods can detract from the value of the guitar since it’s not equipped with the other vintage parts that came stock with it.

If you think about selling a modded guitar one day, a good piece of advice is to make sure you safely store the stock parts, like the pickups, and when you want to sell it, you can simply swap back to the components that were originally there.

Then, you can try to sell the aftermarket stuff that you used to upgrade that guitar. Doing this lets you at least get some of the money back that you put into it.

Budget guitars can significantly benefit from upgrades, but is it truly worth it? Unfortunately, based on how much it costs, it usually isn’t. Of course, it always depends on the individual, though.

However, hopefully, the information in this article can help you decide for yourself. So, look into the pros and cons of upgrading your cheap guitar, and if your budget permits it, then why not go for it?

Nevertheless, keep in mind that your resources might be better used elsewhere – a new guitar with the specs you want will serve you for much longer.