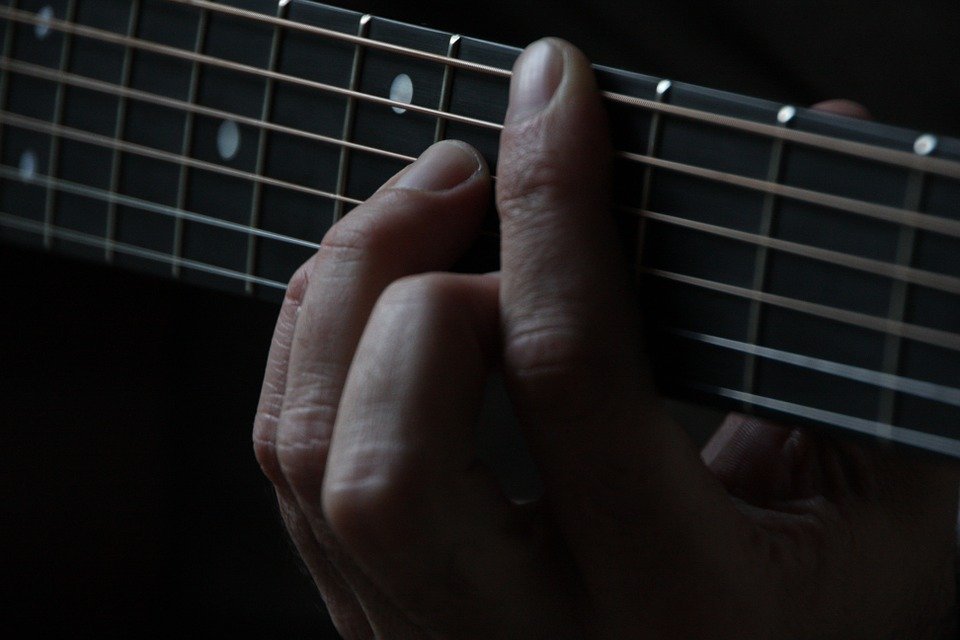 A common thought or complaint that many players have when starting out or even contemplating beginning a guitar journey is that they believe that their fingers are too big and fat to play well.

This couldn’t be further from the truth and in actuality, having fat fingers is pretty much never a liability when learning guitar. The only thing that might be an advantage is possessing long fingers because of the slightly extended reach. As for guitar tips for short fingers, fat ones, big ones, etc., the main thing you need to do is develop your technique.

That’s right; the reason that you believe your larger-than-average fingers are holding you back is that you are producing a sloppy sound. However, this sloppy playing isn’t because of your fingers, it’s because you haven’t developed the motor patterns and skills to move about the fretboard proficiently. So, one of the main guitar tips for big fingers, or small, is to simply practice, improve, and get good. Here are some pointers:

Chords can be tricky sometimes, and when guitarists first start out, they will usually struggle with the basic chord shapes. When a beginner player with short stubbly fingers starts playing, they often automatically think that is the issue and the reason why they can’t nail the chord.

When you have some more familiarity, practice your transitioning with a metronome at a slow tempo. This is one of the essential guitar tips for changing chords. If you’ve read any of my other articles, you already know that I love the metronome and I think it should be applied to just about every aspect of guitar playing.

Chord changes, scale runs, sweep picking are all things that require patience and quality practice. The reason you can’t nail these right away isn’t due to your fingers; instead, it’s because you don’t have the necessary muscle memory to perform these quickly and accurately.

I assure you this is the case because back when I was first starting out with guitar, I had long skinny fingers. Nowadays, my fingers are long still, but they are fatter than back then. Despite this, my playing is much more precise, and that is because I have had years of experience to figure things out.

No matter what size fingers you have, one of the most useful guitar tips for changing chords is not to lift your fingers off the fretboard too much. They’re going to have to come up to some degree, but it’s crucial to keep it to a minimum because doing so slows you down.

The remedy for this is to really get familiar with the chords you are going to be transitioning with. Start out slow with a metronome and really focus on making the bare minimum movement required to play the chords. Gradually increase the speed, and you should notice improvement!

When beginners try learning scales, they sometimes run into problems that are somewhat similar to changing chords, and it is usually related to technique.

One problem people run into regarding their fingers when they try to play scales is that the finger can rub against an adjacent string and can cause excessive noise or it can deaden or mute the string if the skin of the finger is slightly touching it.

Many inexperienced guitarists will play guitar notes on the surface of the finger rather than the fingertips. Because the note and finger are positioned poorly, it will most likely hit nearby strings and produce sounds that you do not want. This minor guitar tips for fingers will yield significant results if you are running into this kind of issue with your playing.

As you might have guessed, you will need to try to play the scale notes with your fingertips. When you do this, it will cause a slight curl in your fingers. Most likely the skin of the bigger part of the finger is no longer touching the strings. Hopefully, this is the case, and it produces a much clearer sound than before.

Another issue is that people feel like their hands are too small to play to guitar. One of the guitar tips for small hands is that your hands actually aren’t too little (unless you are an infant) and that you are totally capable of learning and playing guitar.

Haven’t you seen those young guitar prodigies on YouTube? They have small hands and are doing big things on the guitar.

Here’s a video of a kid named Yuto Miyazawa who was most famous for playing with Ozzy Osbourne and on the Ellen Show about a decade ago. Notice how huge the guitar is, and yet, he is still in control!

When people think they have small hands, they are usually worried that they won’t have the reach to play notes. Well, you shouldn’t worry at all. The guitars are designed to be accommodating to different people. While preference in fret spacing exists, in general, you should have the hand development to play 99% of the stuff out there.

Very rarely there will be a part of the song where there is this freaky stretch, and only the composer of the song can play it. Long fingers can be an advantage, but short fingers aren’t truly a disadvantage, if that makes sense. No matter your age, gender, or body type, you won’t really be missing out on anything with shorter fingers.

It’s not necessary to have long, thin fingers in order to be successful with the guitar. In actuality, you want to make the smallest, most efficient movements possible when playing just about anything on the guitar, not just scales. This is one of the key guitar tips for fingers that will open doors for you.

It’s not only crucial for increasing speed, but it will also make chord transitions much more seamless if you can make minimal movements. Mostly, don’t make exaggerated movements, and there is no need to lift your fingers off the fretboard too much. Another related guitar tips for getting better is to reduce the amount of tension in your hands. This, without a doubt, will slow you down. Work smarter, not harder; efficiency will make your life easier.

The most essential takeaway and the most crucial of all of the guitar tips for big fingers, small hands, short fingers, is to not fret about it at all. Guitar pun intended! There is no use in worrying about this because it is very rarely ever an issue. New players just need to get used to the motions and develop those vital motor skills.

If you want guitar tips from famous guitarists regarding this issue, you can take a look at well-known players who have actually had problems with their fingers. Yet, they persevered, kept playing, and made it big. For example, Tony Iommi from Black Sabbath got his fingertips chopped off many decades ago in some type of an accident. As a result, this made Iommi lower the tuning of his strings, which made it easier on the hands. Coincidentally, this led to the signature Black Sabbath sound that everyone knows and loves, at least in the heavy metal world.

A more serious case of someone with finger problems and guitar playing is the late Django Reinhardt. Django Reinhardt is a highly-regarded jazz guitarist who badly burned and paralyzed his fingers after accidentally knocking over a candle. Medics told him he probably would not be able to play guitar anymore. Instead, he adapted and created his own methods of playing the guitar, and became a legend. 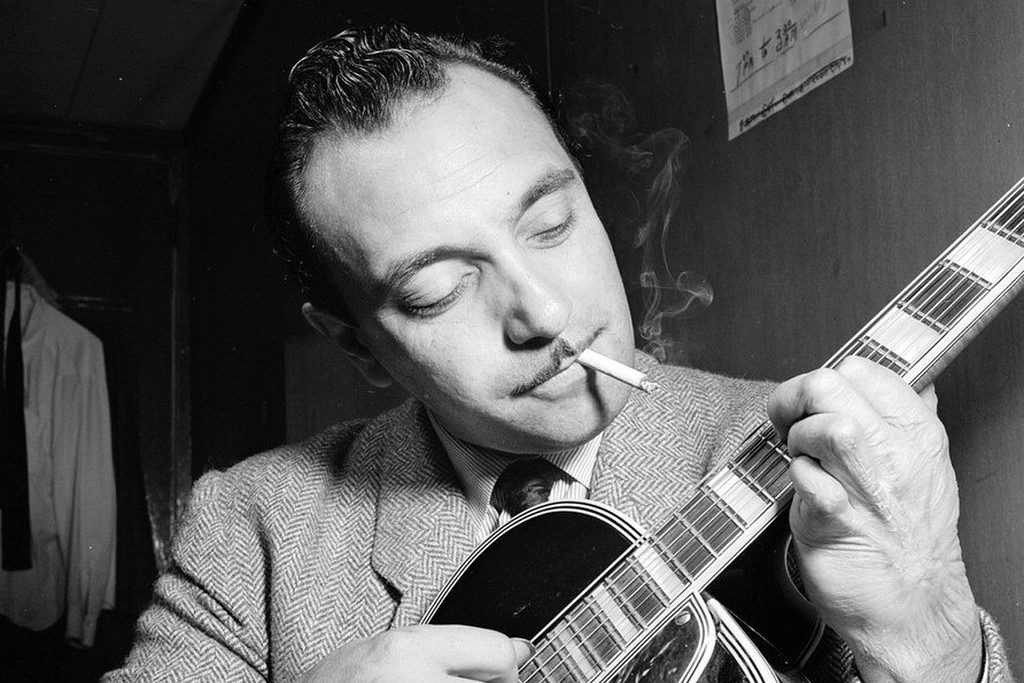 Therefore, if there are any guitar tips from famous guitarists out there such as these players, they would tell you that the issue of hand size is completely insignificant and usually won’t ever be a problem. Mentality and your drive to improve your playing will have the largest impact.

Chord and scales will be tricky for any beginner to have a complete grasp of in early stages of guitar playing. They’re easy to start attempting to learn and play them, but you will have to consistently practice these in order to become proficient at them. Your practice should allow you to develop the motor patterns when comes to playing scales and chords and transitioning between them. Focus on making the most efficient movement possible; don’t lift your fingers off the fretboard more than you need to.

Some of you may have come here looking for a specific answer or guitar tips for big fingers, small fingers, fat fingers, or whatever your case may be. The truth is, there really isn’t any set advice for this because it really isn’t an issue. Sure, having long fingers may be advantageous in giving you a slightly better reach; however, even if you don’t have long spider fingers, this will not prevent you from becoming an amazing guitarist one day. The main piece of advice is to rock on, keep playing, and everything will click together soon enough, provided that you put in quality practice. Cheers!