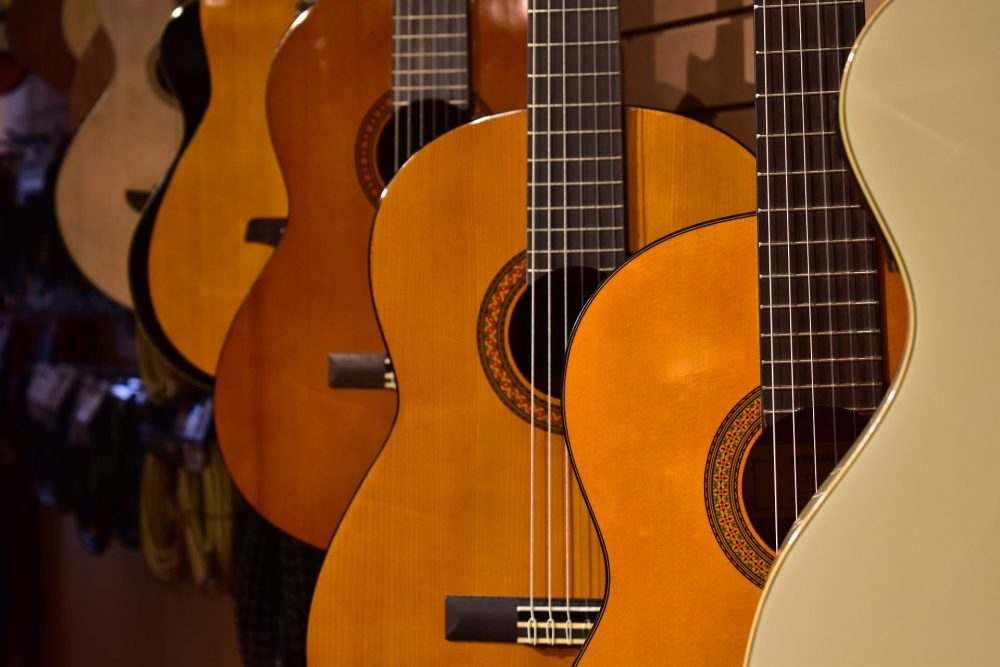 Classical guitars, or nylon string guitars, have been around for centuries, and they are still popular today. Many people enjoy playing classical guitars because they offer a unique sound and a different playing experience than other types of guitars.

However, there are also some possible drawbacks to playing classical guitars that you should be aware of before you make a purchase. In this article, we will discuss the pros and cons of classical guitars so that you can make an informed decision about whether or not one is right for you.

The Benefits of Classical Guitars

There are many benefits to playing classical guitars. Below, you’ll read about some of the reasons why you should consider picking one up!

One of the most significant benefits is that classical guitars offer a unique sound that other types of guitars can’t replicate. If you’re looking for a classical guitar specifically, the odds are you are already familiar with how they sound and what kind of styles that they are capable of.

For example, you can play anything from the gentlest classical pieces arranged for the guitar to fast and intense flamenco guitar pieces and anything in between.

That being said, in general, classical guitars have a reputation for producing a warmer and mellow tone, which lends itself to being the preferred choice for certain styles of music.

In contrast, steel-string acoustic guitars are usually brighter sounding with a shimmering quality and, likewise, are better suited for different kinds of music, particularly contemporary genres.

While there is an optimal way to play the classical guitar, which generally involves the use of a footstool to get you in the best position, classical guitars, as an instrument, are designed in a way to be comfortable. This modern classical guitar design is one that’s been refined from older instruments, like the baroque guitar, and so far, this one has been the standard for over 200 years.

Classical guitars offer these types of perks that allow them to be extremely playable and an excellent choice for beginners:

3. It Will Give You A Classical Music Foundation

Let’s be real here – pianos aren’t for everyone, so if you want to play a full-sounding polyphonic instrument, the classical guitar is an excellent alternative to the piano if you want to learn about classical music as a whole.

There is a massive repertoire available for classical guitars that will help individuals learn more about classical music and can become classically trained themselves and learn how to play the classical guitar properly with the guidance of a qualified teacher.

However, like the piano, the classical guitar can be versatile too – as you can find pop and rock music arranged for it, for example. Also, there are many world-famous pieces of music for the guitar that incorporate elements of other genres, like traditional folk music.

Koyunbaba by Carlo Domeniconi is a great example of this and one of the pieces that have inspired me the most, and maybe you’ll love that one too!

Classical guitars, especially those made with traditional woods like spruce and cedar, require much maintenance. This is because the soundboard on these guitars is very thin and delicate, so you have to be careful not to damage it. However, I don’t think this is really an issue when comparing classical vs. steel string acoustic guitars; it’s just something you have to be mindful of when caring for any acoustic guitar.

For storage purposes, keep your classical guitar in a case with a humidifier and hygrometer specifically designed for keeping your guitar case humidity at a healthy level so that it doesn’t affect the wood on your instrument.

However, one aspect related to the maintenance of classical guitars that people should be aware of, especially when trying to decide between a classical or steel string acoustic guitar, is that changing the strings isn’t as straightforward on a nylon-string guitar, such as a classical.

It’s relatively simple to change strings on other types of guitars, whereas there is a bit of a learning curve on nylon-string guitars, and it’s not really that approachable for beginners, in my opinion.

One thing to consider, though, is that although it might be trickier to restring a classical guitar, you won’t have to restring them as frequently as steel-string acoustic guitars because the nylon strings don’t wear down and build grime as quickly. Still, like the wood the guitar is built from, these are also susceptible to temperature and humidity changes and will need to be looked after.

2. They Have A Distinct But Limited Sound

Of course, the unique sound that classical guitars have compared to other guitars is something that people love and appreciate, but it’s worth pointing out that it can feel somewhat limiting to some individuals.

Their softer tone quality is primarily due to their smaller body size and the nylon strings, which have a distinct sound from steel strings. These factors all contribute to the mellower tone quality that classical guitars have a reputation for.

So, if you’re looking for a guitar that you can strum and get a bright sound used in a variety of contemporary music, you’ll probably want to go with a steel-string guitar instead. On the other hand, as I mentioned earlier, chances are, if you’re interested in classical guitars, you’re already aware of how they sound and are generally used.

Nonetheless, it’s still important to point out this distinction so that you pick out the right guitar for your personal interests or if you plan on getting an acoustic guitar of some kind for a loved one!

Classical guitars aren’t exactly known for being loud instruments either (but well-made ones can still produce a good volume). Sure, you can play these for a gathering of people, but they don’t project volume as well as steel-string acoustics, especially ones with pickups assisting them. Guitar picks used for acoustics can also contribute to a person’s dynamic control, whereas classical guitars are almost always played fingerstyle, which is typically quieter. If this concerns you, there are some acoustic-electric classical guitars you can buy that can increase the volume in which you play.

That being said, there are benefits to having a softer sound. If you’re playing in an intimate setting like your living room or around a campfire, the mellower tones of classical guitars can be quite pleasant. Also, because they don’t project as much volume, they can be easier on the ears for people who are sensitive to loud noises. This aspect can definitely make them easier to practice with too!

When playing a standard classical guitar, many people find it difficult to play notes above the 12th-fret, making it more challenging to hit the highest register of notes on the instrument.

Like all things, though, this does take some practice to get used to, and one can make the argument that most classical guitar music isn’t played anywhere in this part of the instrument and that parts that are easiest to access are where you’ll be spending most of your time anyway. Most beginner classical guitar pieces will be around the 1st and 2nd position of the fingerboard, so if you’re new, you don’t really have anything to worry about much.

Still, this is a con of classical guitars that I thought was worth talking about because no matter your skill level, everyone’s hands will constantly be hitting the side of the guitar nearby the heel or neck joint when trying to play up there. So to play more comfortably up in this part of the fingerboard, one needs to adjust their body and hands by leaning forward.

Although it’s not considered traditional (and some people wouldn’t consider them a classical guitar), there are many nylon-string guitars with cutaways that rectify this issue and make it easier to get into the higher register of notes.

If you’re intent on playing a standard classical guitar, the technical adjustments mentioned before are just a part of life for all classical guitarists. With time, it won’t matter as much, just like all of the other potential drawbacks of the instrument that were covered in this article.

All in all, classical guitars have a lot to offer to those willing to put in the time and effort to learn how to play them. They’re a fantastic choice for people who appreciate mellower tones and want an acoustic guitar that won’t be too loud for intimate settings. However, it’s usually the preferred instrument for those who are interested in classical guitar music in the first place since the classical guitar usually has specific applications, unlike the steel-string acoustic guitar.

If you already know that you want a classical guitar or that you have a loved one who is interested in starting (they make great gifts!), it’s an instrument that you can spend your entire life with and continue to grow alongside it.

With a massive repertoire ranging from the simplest to most complex pieces, there is always something to learn, and you can find enjoyment and fulfillment in anything you play.

Also, if you’re set on purchasing a classical guitar in the near future, be sure to check out my guide to the best accessories for beginner classical guitar players that you’ll want to be sure to grab. Most of them are pretty cheap and will make a world of a difference, so give them a look and get started properly!